Why does it now always create Untitled2 videos?

Problem: It used to save videos in C:\Users\admin\Documents\ActivePresenter\Untitled\Video but suddenly it started always making a new Untitled2 folder and a new Video folder in that and it puts all new videos in there instead of where it had been putting them. In the window when it begins the export there is no always an image with a 1 beside it and there is now also another image with an Untitled2 bar above it. It says that twice and after the second time it says it there’s an * . Is there a way to get it to go back to doing it the way it had been doing it? I keep deleting the new folders and it keeps recreating them. 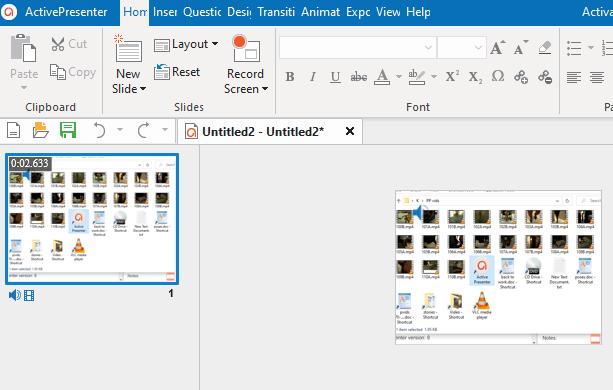 When you create a new project, ActivePresenter will name the file as Untitled# by default.
“#” is a number. The app automatically searches from 1 and increase until the number that is not used.
Please check the default folder, perhaps the project Untitled1 is created, then the next one will be named Untitled2.
Those name can be changed when you save the projects.