Below is a link to an interactive web application built with Saola. It’s a maths resource to help primary school (4-11 in UK) teachers teaching number concepts.

Called Plethos, it was originally built as a Windows executable application over ten years ago using a now defunct multimedia application. For a long time now, it’s something that I wanted to redevelop as a HTML5 project for use on modern technology including interactive whiteboards and tablets.

I played around with the outline when I first brought Saola Animate but decided a couple of weeks ago to really see what I could achieve and have managed to implement all the core functionality of the original product with out too much difficultly.

As I doubt many people outside of the classroom have ever used a hundred square - I have created a simple video that shows the functionality in action. 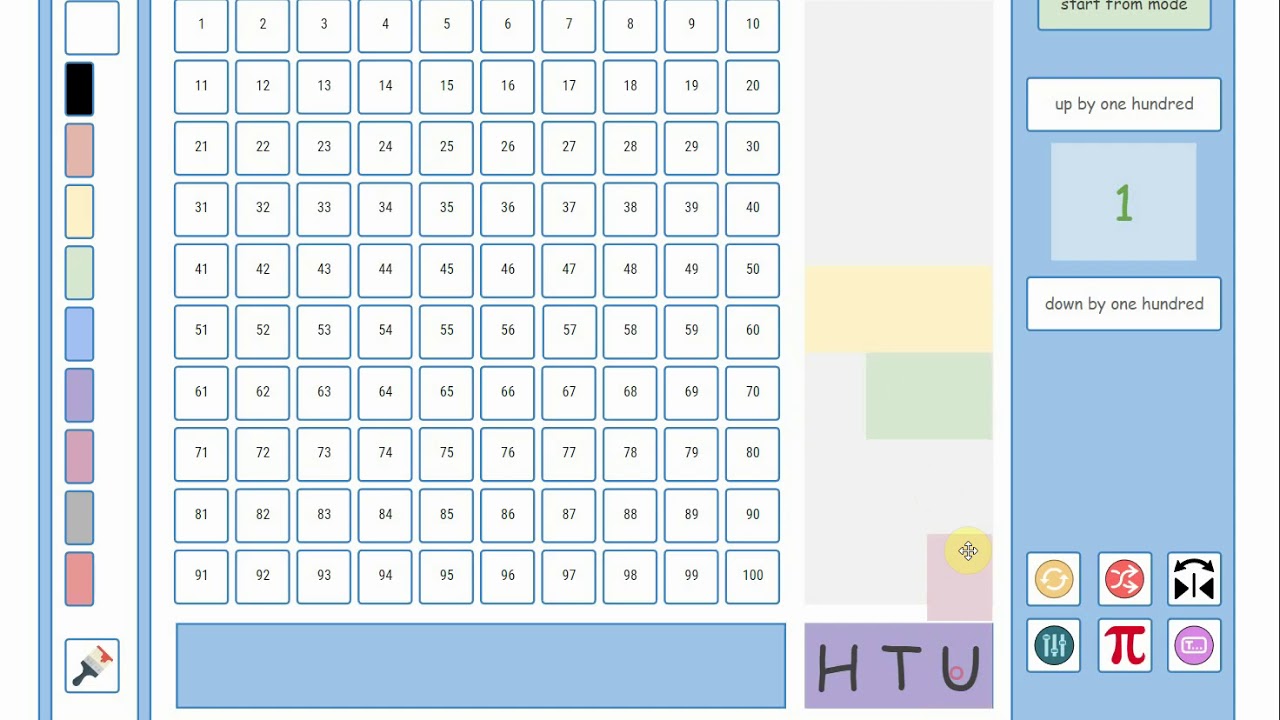 The application is built from scratch including a drag and drop library I created to work specially for my Saola projects. However, the library uses pointer events rather than the older mouse events and may not work on some browsers.

I’m aware of a glitch with IE11 and that there is no support for Safari. However, my understanding is that Apple has started to add support as part of experiential features in the technology preview version.

Hopefully this version will prove as useful as the original but also highlight some of the capabilities of Saola Animate.

That’s amazing. Thanks for sharing

As an old friend from another forum for “a now defunct multimedia application” wanted to let you know that your Saola Animate version of Plethos is brilliant. Illustrates the enormous capability of Saola Animate in the hands of a skilled developer. As you probably know, I’ve been using Active Presenter, Saola Animate’s “sister” application by Atomi, also an impressive tool. My eLearning materials need the SCORM feature in Active Presenter, though I think that Saola Animate’s HTML5 exports can probably be easily made SCORM compliant/functional by adding a little SCORM code and wrapper. Atomi has created impressive and innovative software, actively developed.

Glad you’ve found a new home for your e-learning development. I’ve only dabbled with AP, but it seems to be a good product, well priced and the support here is excellent. It definitely makes a good sister product to Saola Animate and one of the posts on the forum here even suggests that they maybe some integration in the future.

I’m loving SA. I think that I can probably build anything in SA that I could create in Opus HTML5 and do it quicker and easier. Opus still has the edge on a couple of features that I would really like to see in SA - but I have to remember it’s an animation software and what I build is probably out-of-the-box thinking. But then the same could have been said about Flash.