The software I’m trying to create simulations for makes extensive use of hover states and hover text. That sometimes makes it difficult to capture the exact screen I want (just prior to the hover states/text) appearing. I’m aware of the manual screen capture and screen capture delay features for capturing the screen without the state changes. Still, it can be a bit challenging to make sure I got the exact screen I wanted. Right now, I don’t find out if I got the right slide until I stop the recording and the slides I captured are committed to the ActivePresenter editor. It would be great to be able to preview each screen as I capture it. I have plenty of monitors so the preview could be on a second monitor. I’m toying with the idea of just grabbing all the screens into PowerPoint and adding the mouse cursor movements/clicks later, but the probably has its own set of drawbacks.

Regarding your issue while capturing, please capture as normal.
If you find any unwanted mistakes, you just need to capture the failed slide again.

Also, about your idea with adding the mouse cursor movements, we do include this feature in ActivePresenter.
You can add and customize cursor paths in ActivePresenter projects, especially in simulation recordings.
Please refer to the video below for more information. 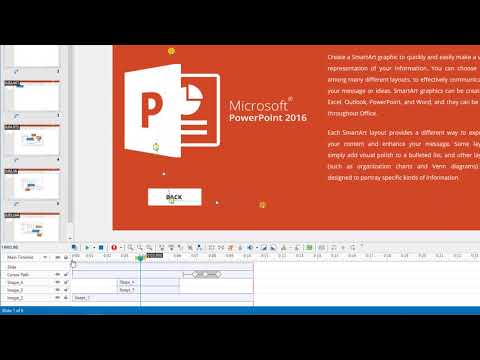 As we are having more priorities to set at the moment, the preview for capture feature will be considered later when it is requested by many more users.